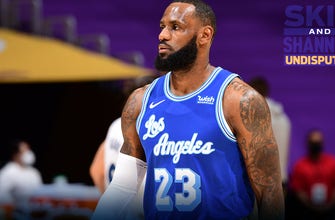 LeBron James has made no secret of his goal to one day own an NBA team. Yesterday it was announced that the Los Angeles Lakers’ star is now a part owner of the Boston Red Sox after he joined the Fenway Sports Group as a partner. But his goal is still the same, saying “I know what it takes to win at this level. I know talent. I also know how to run a business as well. And so, that is my goal. My goal is to own an NBA franchise, and it will be sooner than later.” Skip Bayless and Shannon Sharpe discuss whether they believe this move will bring LeBron one step closer to owning his own NBA team.